Travelling back through the memories of a prodigal son, 360 tracks the series of events that led to his final departure. His memories paint a vivid portrait of a family who are funny, exquisitely melancholic and charmingly clown-like. Expect the unexpected as two worlds collide when the son opens the same door he closed behind him years before...Filled with larger-than-life characters and surreal situations, 360 is a moving tale of going back to the beginning to get to the end. Spin around in your seat to choose the action in this innovative production by the award-winning creators of HEAD...Creators: Carl Bland, Ben Crowder and Peta Rutter.Set design: John Verryt.Lighting designer: Brad Gledhill.Costumes: Elizabeth Whiting 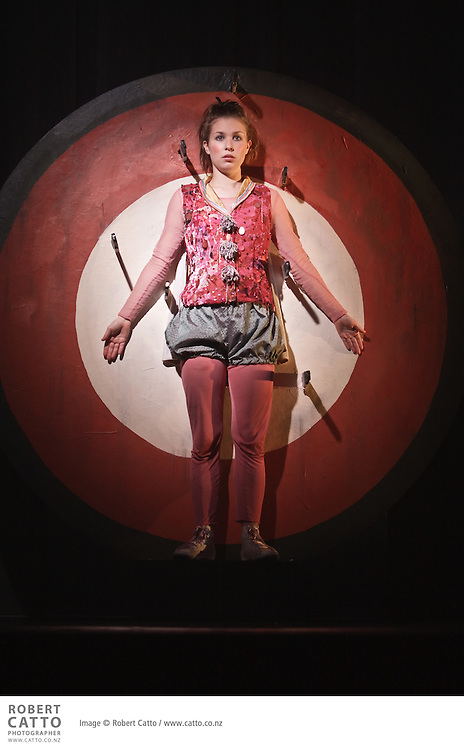