Rally to support The Hobbit

Wellingtonians, filmmakers and artists assembled in Wellington's Civic Square as part of a nationwide series of rallies to show their support for keeping the production of The Hobbit, directed by Peter Jackson, in New Zealand. Speakers included Sir Richard Taylor of Weta Workshop, Wellington Mayor Celia Wade-Brown, artist Gino Acevedo, casting director Liz Mullane, and others from the industry in Wellington. Production of the films had been threatened by a worldwide boycott started by New Zealand Actors' Equity and an Australian union, the MEAA. 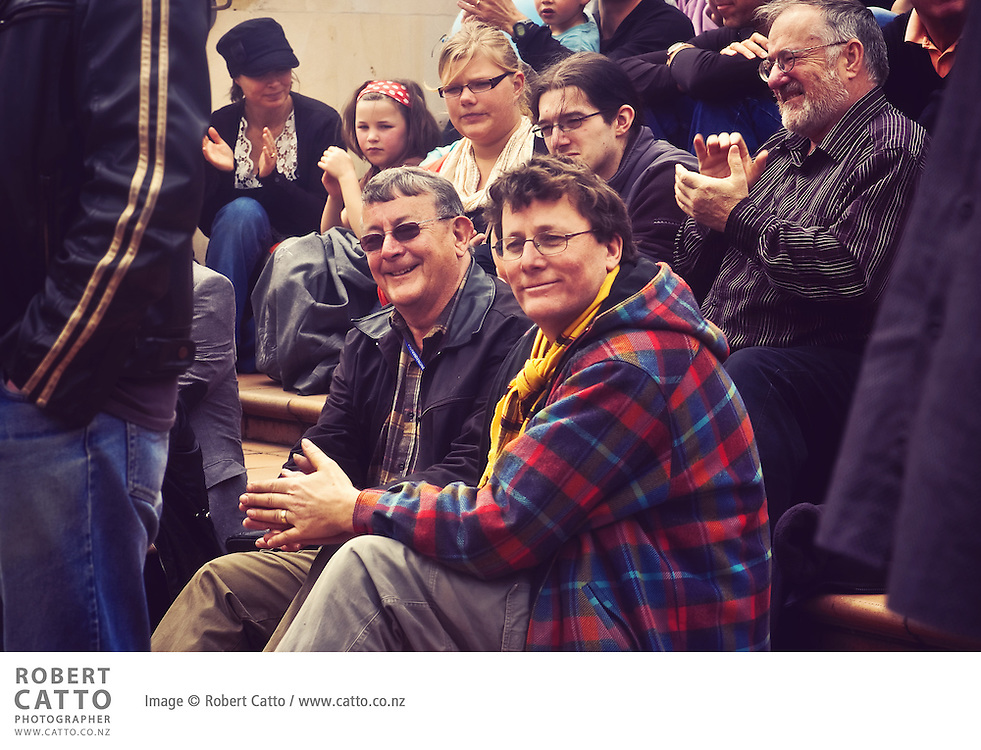