Three decades of NZ feature filmmaking were celebrated at the Film Archive on 6 October 2007 with a special gala screening of Sleeping Dogs, Roger Donaldson's 1977 debut feature film..Sleeping Dogs was the first NZ feature to be released in the United States, was highly successful in the Soviet Union and is credited with being the leading driver for the establishment of the New Zealand Film Commission.. Seen here is actor Ian Mune, reading from a letter from director Roger Donaldson prior to the film being screened. 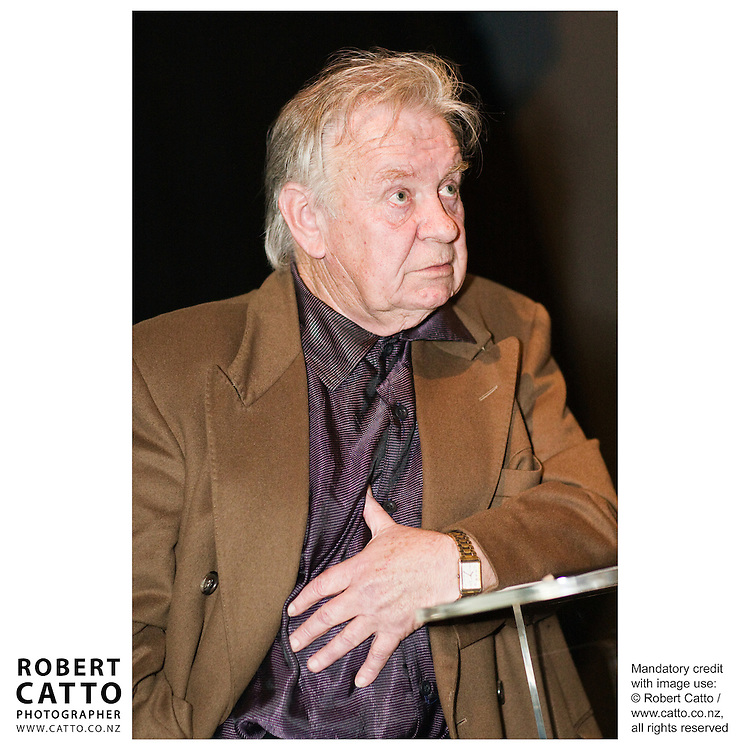