Weaving historical fact with magical realism, Mark Twain & Me in M?oriland fuses a Spaghetti Western with an epic love story. Inspired by true events, this bullet-ridden, comic tale is set amidst the saloons of Whanganui in 1895 - a combustible time of mercenaries, prophets, vaudeville, and self-serving mayoralty...This gun-toting production sparks from the true account of Mark Twain's Australasian lecture tour, which came to an abrupt halt when the outspoken writer incurred the wrath of the local English establishment. Twain shocked the colonials when he pronounced a Moutoa monument, honouring M?ori loyal to the English, should be blown up for encouraging natives to become traitors to their own race. He also claimed the rebel M?ori, slandered as barbarians and fanatics, were in fact the country's true patriots...Taki Rua Productions' Mark Twain & Me in M?oriland blends live music with audio visual technology as it navigates the complexities and contradictions of colonisation. A theatrical stick of dynamite from the award-winning producers of Strange Resting Places and Te Karakia, this entertaining creation proves that history, as always, is far from black and white...Writer: David Geary.Director: John Bolton.Designers: John Gibson, Kasia Pol and Jessica Sanderson 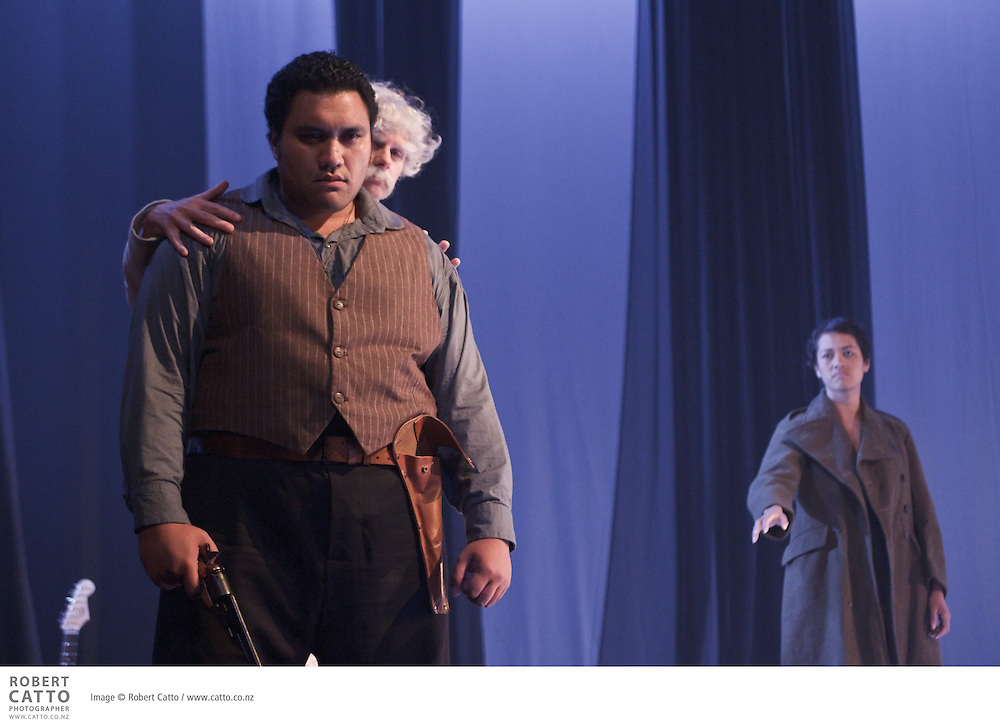