Neil Gaiman is one of the bestselling writers of modern comics and books for readers of all ages. He is listed in the Dictionary of Literary Biography as one of the top ten living post-modern writers, and is a prolific creator of prose, poetry, film, journalism, comics, song lyrics and drama. Beloved among readers around the world, Gaiman's many books include American Gods, Anansi Boys, and the hugely successful Coraline, which has been adapted for the stage and screen. His picture books include The Day I Swapped My Dad for Two Goldfish, and The Wolves in the Walls, the latter of which he adapted for the theatre. His comics include The Sandman series and most recently Gaiman has published the novel The Graveyard Book which won the 2009 Newberry Medal and a 2009 Hugo Award (Best Novel). Neil appeared at NZ Post Writers & Readers Week in conversation with Kate de Goldi. 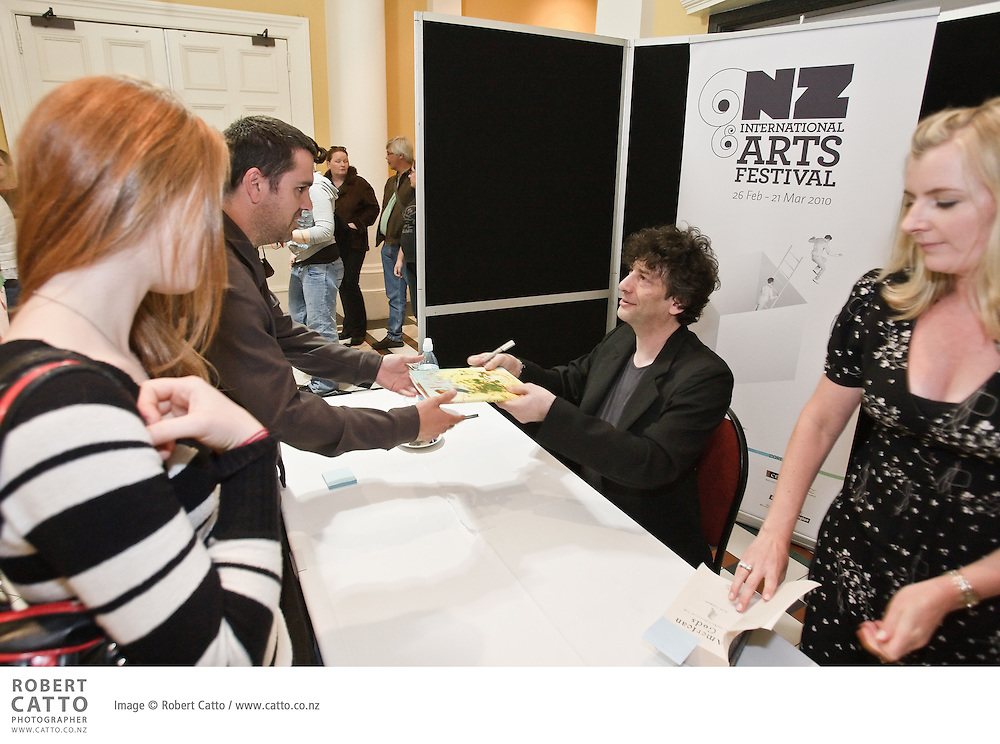